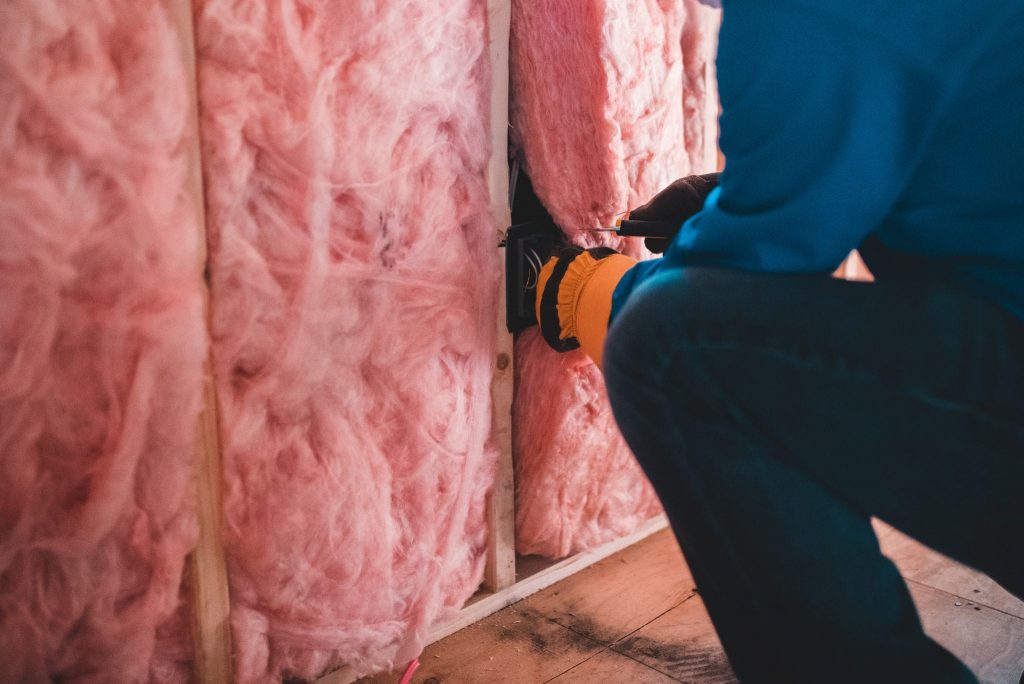 During and after the construction of houses, special attention is paying to their protection from moisture that contains in precipitation, such as rain, snow, as well as in soil. The fact is that it leads to the wetting of building materials, which absorb it like a sponge, under the action of low temperatures, the liquid in the material freezes, expands, and deforms it. This process significantly reduces the service life of the material and the structure as a whole.

To avoid such negative consequences, there are two methods:

Waterproofing the house: details of the process

Waterproofing of the house in most cases is making of bitumen-based materials. Most often, these are rolling products resembling roofing material. They are attaching to the surfaces with a special burner.

The rolls are laying on an insulating surface with a slight overlap and then subject to heating. Under the action of temperature, the material becomes soft and sticky, due to which it sticks to the surface, and the joints form a homogeneous shell when cooled. Moisture does not penetrate at all because of such protection.

Usually, the surfaces of basement walls and basements are subjected to such treatment. It is these elements of buildings that are more exposed to moisture by rain, gutters from the roofs that lead to the foundation, as well as groundwater.

The waterproofing technology is that the surface is first preparing, cleaning of dirt and dust. Then, for better adhesion, it priming with special compounds, in which case a deep penetration primer can be used.

Please note, that this type of waterproofing is usually performing for outdoor work, as its task is to prevent moisture from entering the material, and if it is applying inside, it will lose all meaning.

Although if it is not possible to do it from the outside, it is performed from the inside. This happens when the basement is located deep underground and there is no possibility to dig a wall. But its efficiency, in this case, is small.

The disadvantages of this method include very poor vapor and water resistance, because of this, the humidity in the room may increase, and will have to regularly perform ventilation. Usually, such moments are considered at the planning stage.

Hydrophobic insulation of the building: differences and characteristics

Hydrophobic insulation – a measure to create a waterproofing layer applied to the surface of the material, and it has fundamental differences from waterproofing.

The main difference of hydrophobic insulation is the ability to “breathe” for materials, they retain the function of vapor and gas permeability.

As a result, the humidity in the premises does not increase, it does not need to be constantly ventilated. And in the winter, this is a very strong argument, as energy is expensive, and often ventilate the room is very expensive.

This suggests that for protection against moisture hydrophobic insulation can be used not only for non-residential basements but also for the household.

The technology of hydrophobic insulation is as follows. The future surface is well preparing for the application of the protective composition, after which the application is performing.

This work must be performing in dry weather to achieve good impregnation and drying of the protective composition.

The most effective are compositions based on organosilicon. They are also calling siloxane and silicone. Such compounds have a loose structure that allows water particles in the form of vapor to pass freely through the building material, ie it can “breathe”. Large drops are also not easy to penetrate the material, resulting in a water-repellent effect.

It is the latter component that has become widespread. Compositions, based on it are sold in the form of concentrated solutions, which should be properly prepared for application. The correct proportions for the manufacture are indicating on its packaging, usually no more than 5% alkyl silicate.

If you violate the recommended concentration, the surface may form plaques of bicarbonates and carbonates, which will spoil the appearance of the building, and not fulfilling its purpose. These components are very popular due to their affordable price and protective properties.

Insulation, especially old insulation can be dangerous to breathe near, so it’s best to leave the installation to the experts. For great insulation contractors in Clearwater, contact Done Rite Insulation.